How to stop and deter foxes from your garden and bins

Foxes are highly adaptable animals and are, therefore, common sights in urbanised areas as well as in the countryside. Their presence in suburbs and cities puts them in contact with people which can lead to concerns, with many wanting to get rid of foxes from their gardens. If you are someone who wants to protect your garden and bins from foxes, take a look at our helpful guidance below. 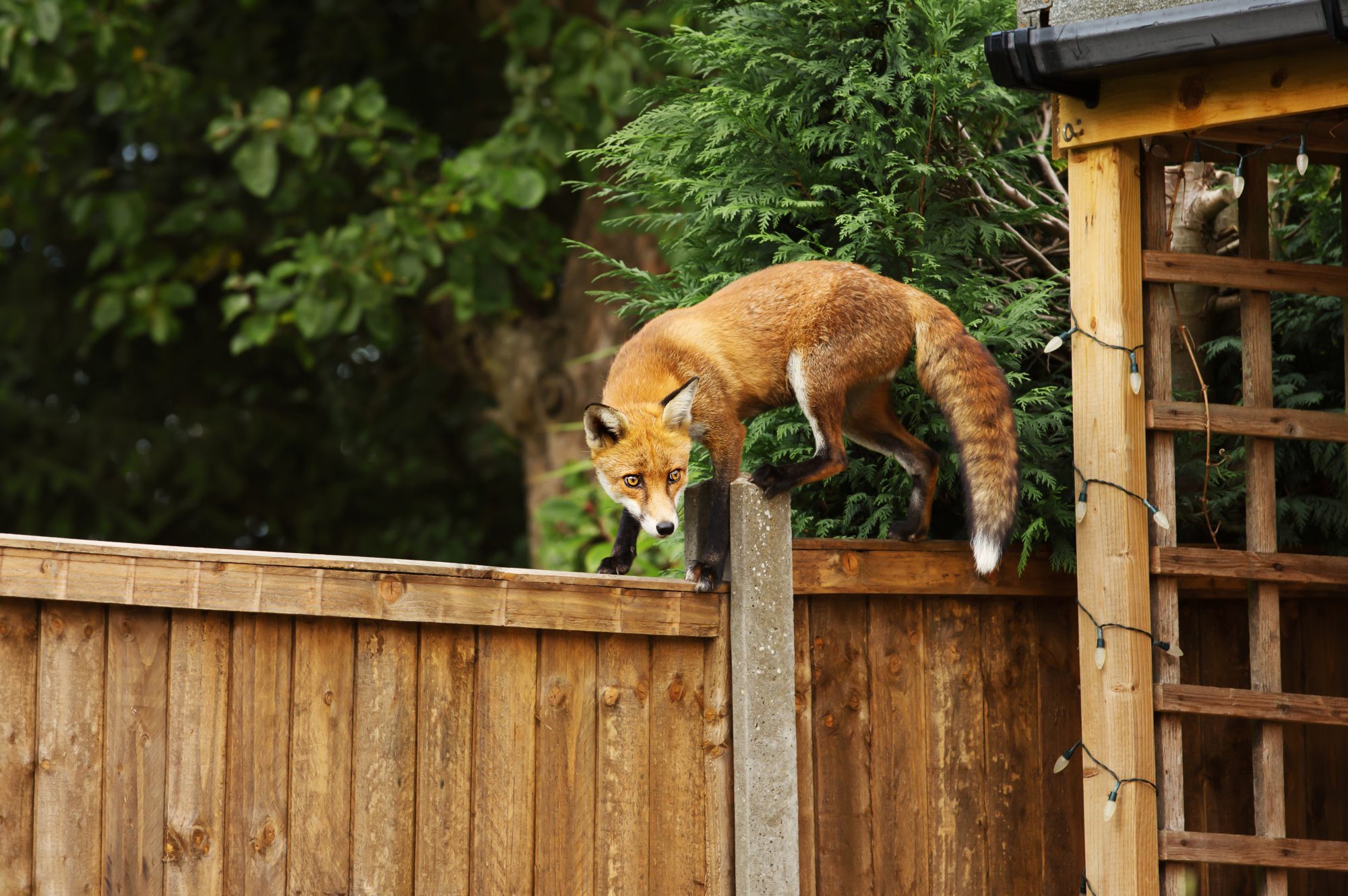 How to know if a fox has been in your garden?

If you are unfamiliar with foxes and you haven’t necessarily spotted one in situ in your garden, you may not initially know whether they are roaming your garden or not. Some signs a fox has been in your garden include:

Why would you deter foxes from your garden?

Ultimately, the bad press foxes get is usually overstated – they can be pests but generally they stay out of the way of humans. Stories of foxes attacking children are very rare and usually this unnatural behaviour suggests there’s something wrong with the animal. Foxes will also tend to avoid dogs and cats too, and pose little risk to them. However, there are reasons you may not want foxes in your garden. Fox problems include:

Risk to small pets: large pets like cats and dogs shouldn’t be at risk from foxes but smaller animals will be. Foxes naturally prey on small animals and birds and so pets such as rabbits, guinea pigs and chickens which are often kept outside can be at risk.

Catching disease: foxes are wild animals and are much more likely than domestic pets to be carrying illnesses or diseases. Most illnesses require contact with the infected animal or its faeces and so are rarely passed on. However, fleas, ticks, mange and rabies are all a risk with foxes which could also be a problem for domestic dogs and cats.

Nuisance damage/effects: the main issue with foxes is often just being a nuisance. They may dig up your flowers, foul in your garden, spread rubbish or just create noise – all of which are fair enough reasons to want to prevent them from getting into your backyard.

How to keep foxes from your garden and bins

The simplest way to keep foxes out of your garden is to put up a secure fence around the entirety of your garden. A strong fence will form a solid barrier between any pests – not just foxes – and your garden, keeping it a safe haven for you, your family and pets. You should install it at least a foot into the ground to ensure it isn’t easy for foxes to just dig under and bypass. It is worth noting that foxes can chew through chicken wire and so fences round your garden or cages for small pets made from this material won’t necessarily be fox-proof.

Another effective way to deter foxes from your garden is to try and remove what was attracting them there in the first place. For example, if you leave food out for pets, hedgehogs or birds, think about removing this or putting it out of reach of foxes. Also make sure you put all rubbish in wheelie bins, so leftover food scraps aren’t just a thin bin liner away.

Harrow Fencing can supply customers with an excellent range of secure, high quality fencing, perfect from protecting your garden from intruders of all kinds. Covering Harrow, Hillingdon and the surrounding areas, our experts can help you find the perfect fence for your needs and even install it for you too, should you so wish. If you have any enquiries, don’t hesitate to get in touch with our helpful team today.

We are re-opening for business from Monday 11th May - our normal business hours will be 07:30 AM-4:30 PM Monday to Friday & Saturdays as per each depot timings. Please be aware that we will be operating under the government guidelines.